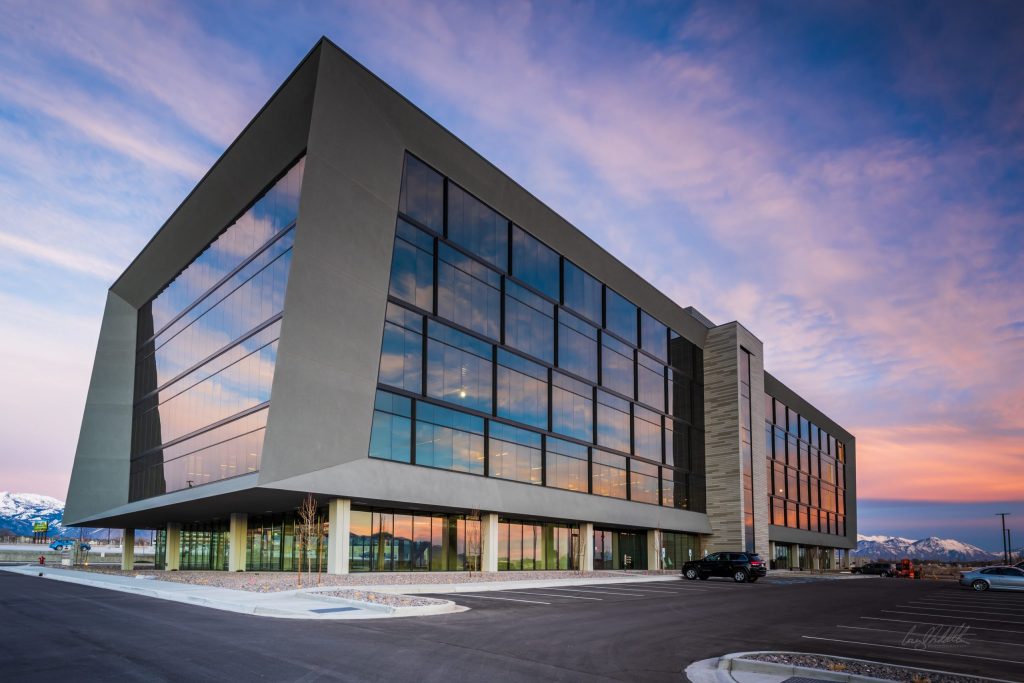 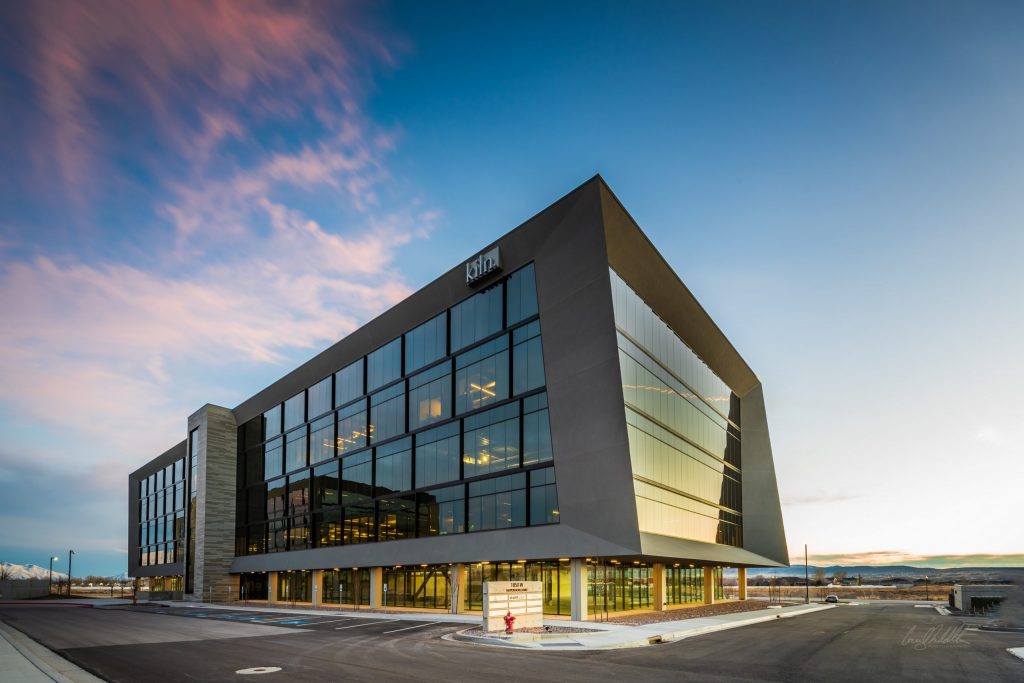 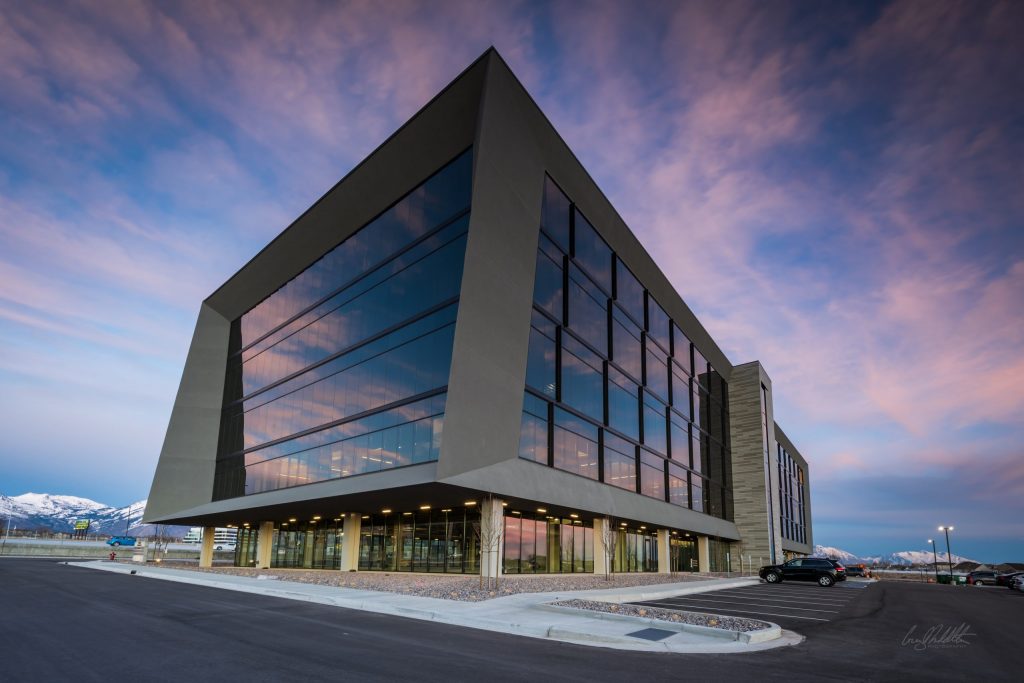 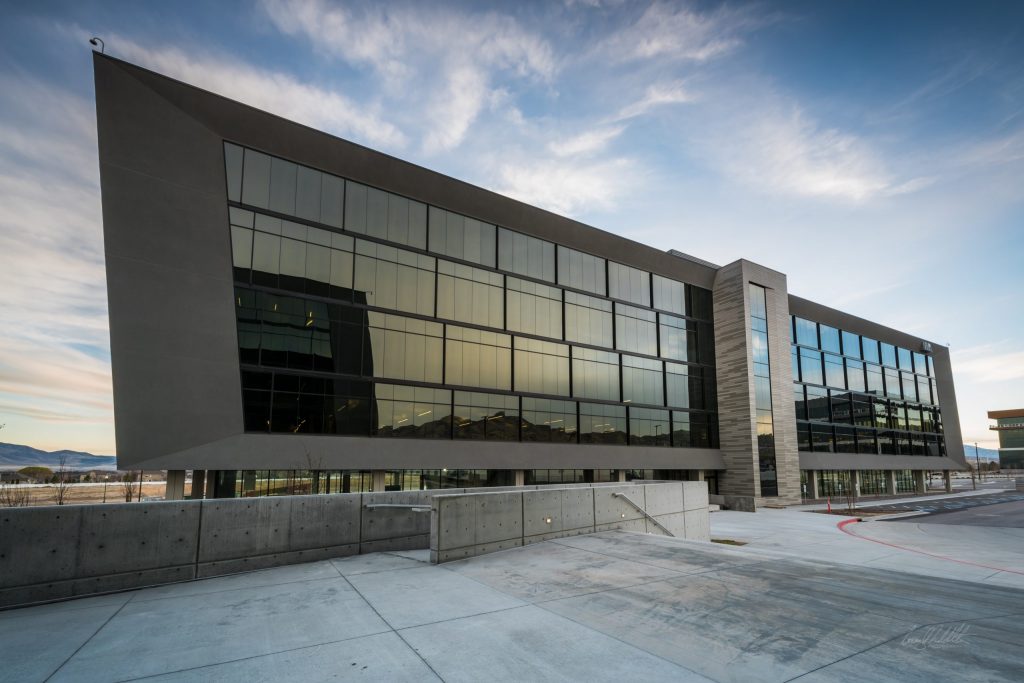 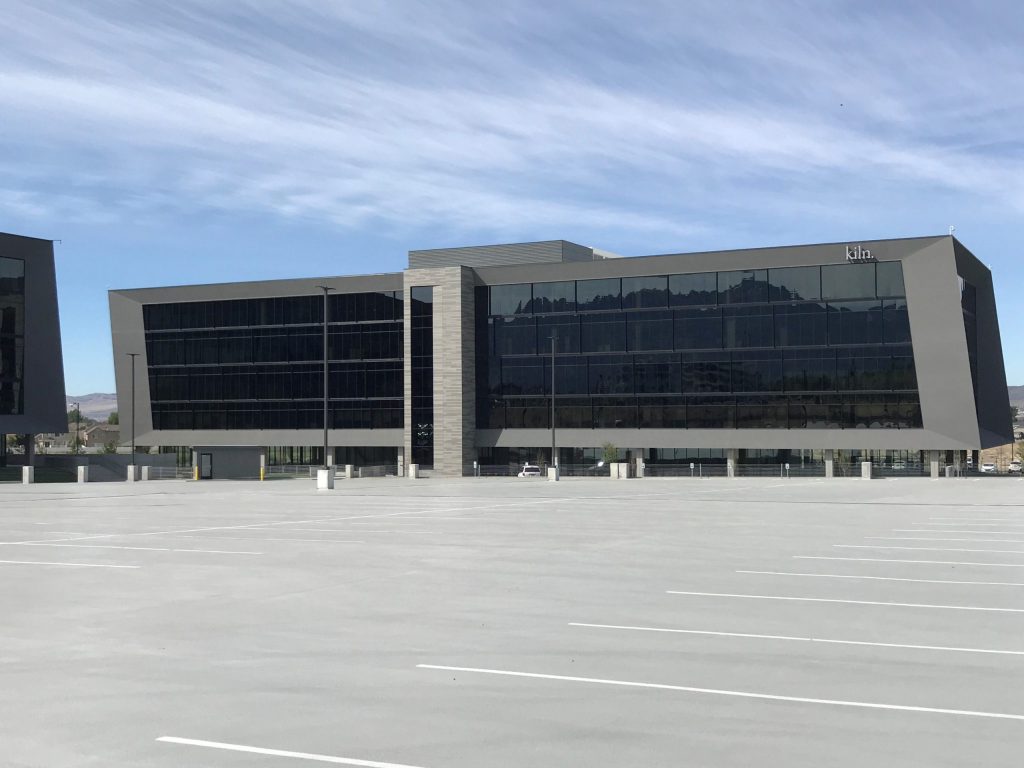 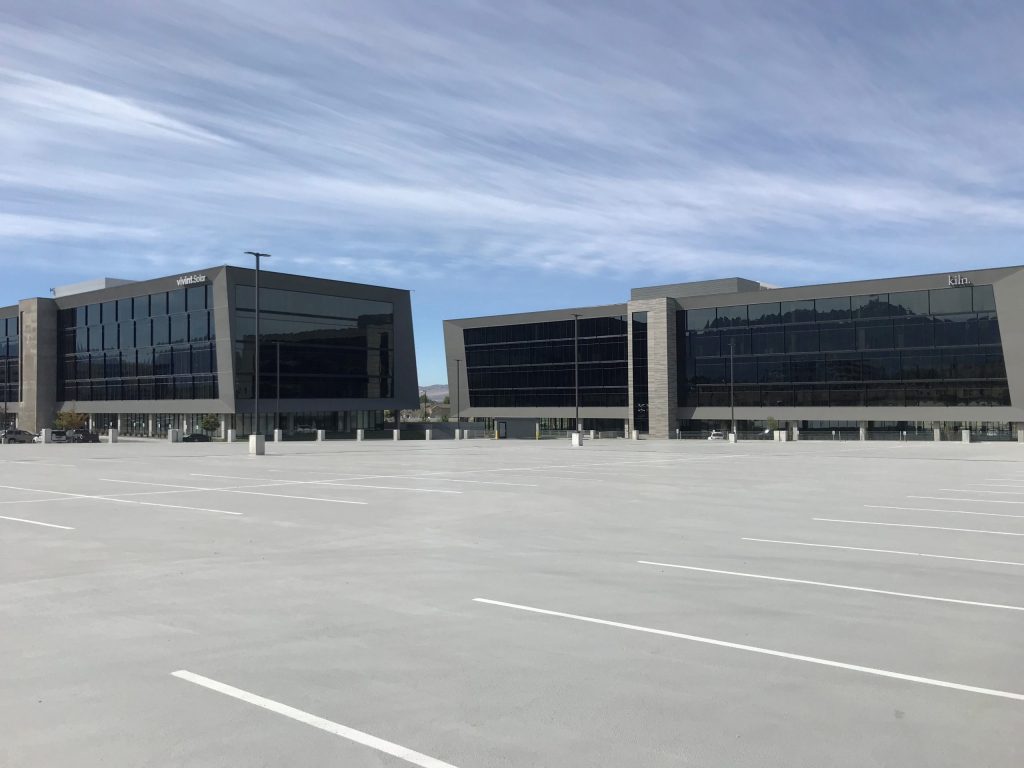 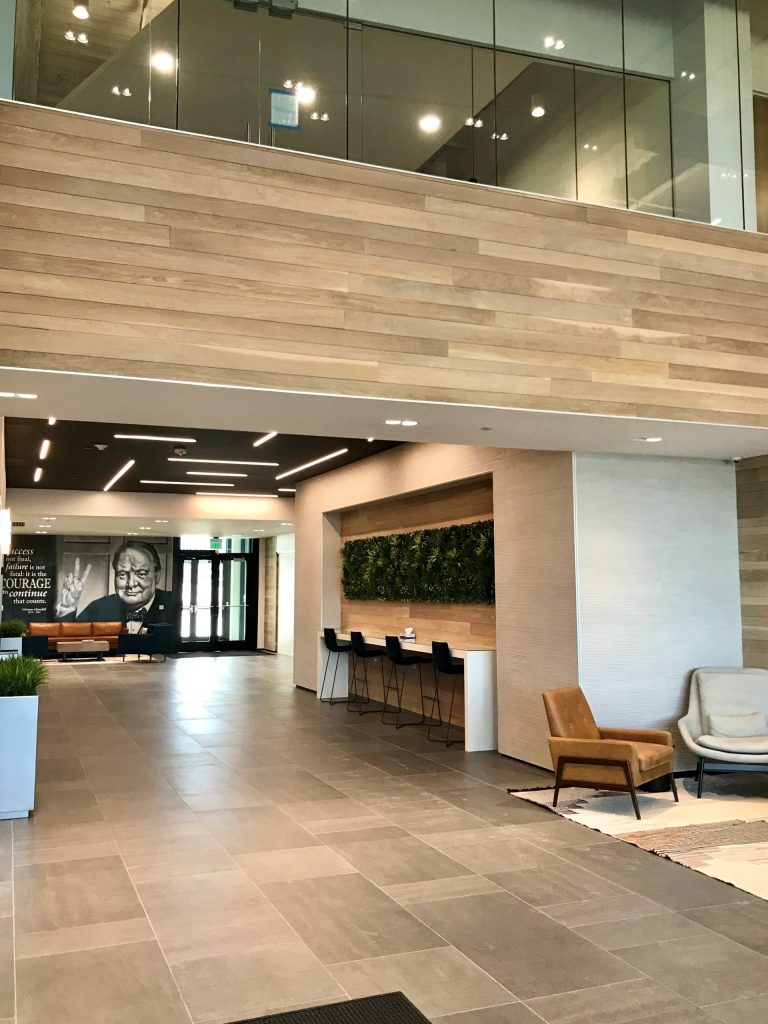 TSTAT Two is the sister building to TSTAT One completed in 2016, but she is certainly no stepchild as the team made some major changes to the design to make the space more user friendly, cost effective and a standout in her own right. As Ralph Waldo Emerson said, “Build a better mousetrap, and the world will beat a path to your door.” And that’s exactly what we did. Like TSTAT One, the overall design intent was to break the mold of the traditional office box and in effect
become where art meets construction. Unlike its sister building, TSTAT Two was designed and constructed to be home to a multitude of companies not a single tenant headquarters as TSTAT 1 (Vivint Solar headquarters), so floor plan and core changes were key. This Class A, 150,000 square foot, five story modern office building was the final piece needed to complete the Thanksgiving Station Office Park, known as the most prominent address for cutting edge technology companies in the valley and for such desired amenities as a fitness center, locker room with showers, bike storage and common area pavilions for employee gatherings.

Back to Previous
Next Project

We are honored to be selected as the 2019

AGC Architectural Firm of the Year